In 2020, people around the world purchased some 24 billion pairs of shoes, 64 million cars and 1.4 billion smartphones, including 200 million from Apple. More than 80% of iPhones sold last year went to “upgraders”, not to first-time buyers. It’s all part of business as usual.

Since the 1920s, when light bulb makers teamed up to deliberately limit the lifespan of their products, companies have been locked into a business model rooted in the concept of planned obsolescence. In order to “grow”, at least according to economists’ definition, companies have to sell us more products every year.

Planned obsolescence is the reason we see software mysteriously slowing down, furniture designed with hollow feet and cheap staples, and clothes burnt because they can’t sell fast enough. As repair shops close, landfills expand. How did we get here? How to change course?

The components of planned obsolescence

Planned obsolescence is largely determined by the materials a manufacturer chooses to use and how they’re put together (think phones with screens glued in place). If the main source of income for a business is to sell more products each year, there is little incentive to design for durability, longevity and repair.

The limited definition of growth in our current business model means that companies do not invest in alternative sources of revenue, such as repair, service and resale. “Negative externalities” like pollution are not factored into the bottom line, and shareholder profit trumps everything.

The economic model that demands uninterrupted growth is based on a foundation of wage inequalities and human rights violations. Without international labor standards, it is easier to make new, inexpensive items than to maintain old ones.

In addition to the basic design, a host of secondary features and logistical quagmires make it difficult to use an object, for example accessories that are not interchangeable, parts or manuals that are not readily available, as well. as warranties and service policies that prioritize replacement over repair.

Advertising reinforces the idea that we should run out and buy shiny new models. Cultural messages teach us to devalue our attachment to the things we already have.

As globalization increasingly separates end-users from the manufacture of products, our sense of value is distorted, creating both a physical and psychological distance between the manufacture and use of our products.

A story of planned obsolescence

1924
An international group of bulb makers called the Phoebus Cartel agrees to limit bulb life to around 1,000 hours, which is significantly shorter than the previous standard.

1929
Christine Frederick publishes Selling Mrs. Consumer, which advocates “progressive obsolescence,” a plan to stoke consumption by harnessing people’s love for changing fashions: “The same thrill women always had for new clothes, women are now getting, rebuilding , new colors and shapes in all types of merchandise. “

1932
Bernard London publishes a series of essays calling for an end to the Depression through “planned obsolescence,” a pattern similar to Frederick’s but centrally managed. After a predetermined period of time, the manufactured items would be “legally” dead “and recalled. People would then buy new products, “and the cogs of the industry would be kept going.”

1954
Brooks Stevens popularizes the notion of planned obsolescence through advertising, “instilling in the buyer a desire to own something a little newer, a little better, a little earlier than necessary.”

1996
IKEA launches the Chuck Out Your Chintz campaign, encouraging British women to get rid of their bulky old furniture and embrace the “freedom” of regularly replacing living room sets.

2001
Apple’s new iPod comes with an irreplaceable battery that only lasts about 18 months, sparking outrage.

The (circular) way out of obsolescence 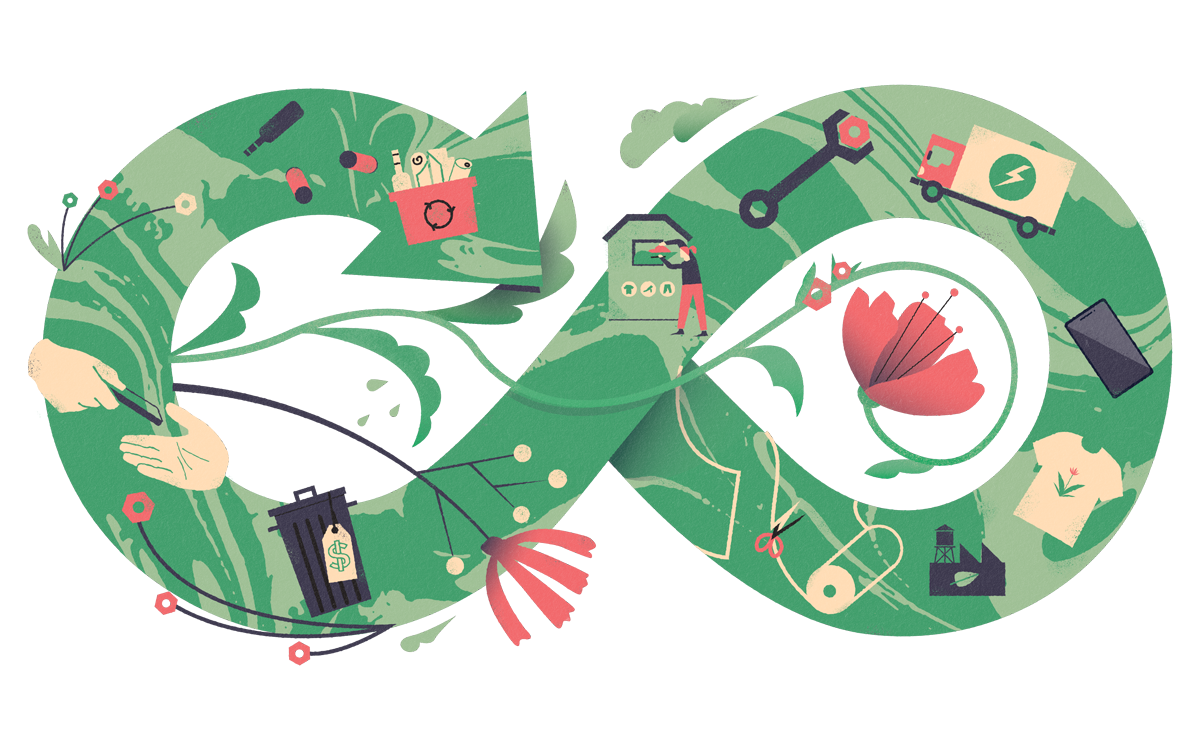 This article appeared in the fall quarterly edition under the title “Built Not last.”