Welch asks to use funds for an inclusive playground

There will be no digital signage at Academy Park.

Ahead of Monday’s public briefing on a proposed marker for Center Street and Portage Road, Mayor Anne Welch said, “At the end of last week I was briefed by the State Department of Transportation New York City that they don’t allow right-of-way signs anymore. So there’s no point in having a discussion about a sign that we can’t even put up.”

Center Street is a state highway, as many learned during its recent repaving.

Welch proposed the new sign, citing the popularity of its predecessor. A black and white cardboard sign was often used to promote community events and activities. But a windstorm removed that billboard earlier this spring.

The original idea was to install a digital sign next to the Niagara River Region Chamber of Commerce office at Center and South Ninth streets. Concerns have arisen over the size of the project and its visibility – and viability – in one of Lewiston’s busiest corners.

A new pitch proposed to place a digital sign on the site of its predecessor. The original estimate for a two-sided marker and stone pillars was $60,444. Funding would come from the sale of the “Big Yellow House” at 475 Ridge St., which is expected to bring in more than $270,000 for the municipality.

Welch said the original sign “rotted and broke, and it’s gone. … It had been there for years, and I know we had a lot of people putting a lot of things and d information. But now we have no sign.

Administrator Nick Conde noted, “We had no letters” for the original panel.

“We had no letters,” Welch pointed out. “We couldn’t maintain it.

“So I guess people will just have to advertise in Sentinel and do their best. At the meetings, we will spread the word about different events and such. But unfortunately we have no sign.

Following an initial article about the digital sign proposal, public comments were overwhelmingly opposed to the idea. Welch said local business interests were in favor of a digital sign. 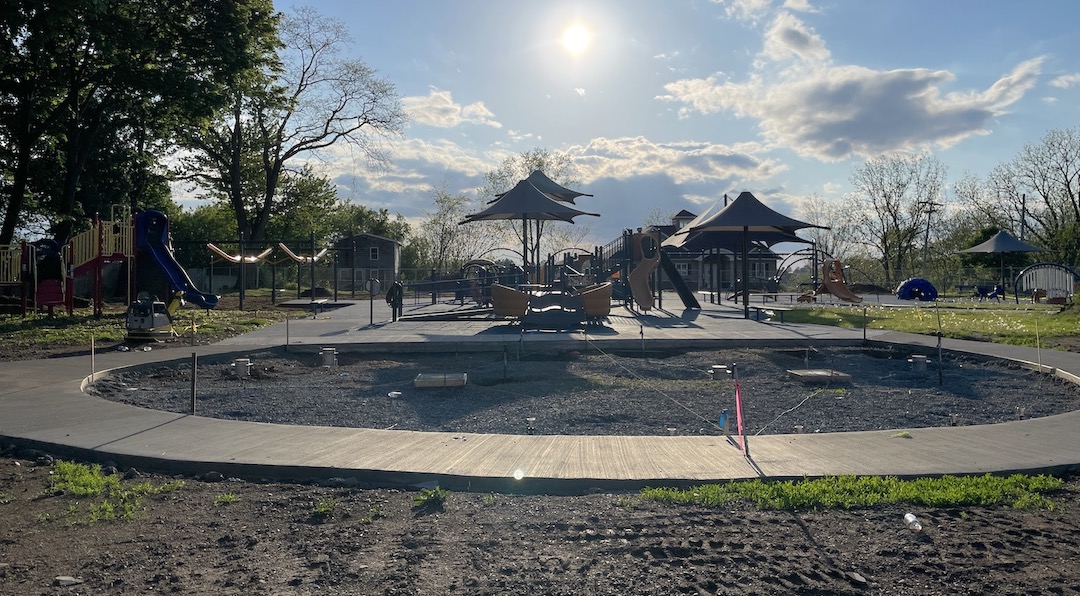 Recreation Department Director Brendan McDermott noted that “Spring Fling” had a record 160 youth and parents participating in the one-mile “Fun Run for Kids” outside the Red Brick Municipal Building. He said a basket auction raised $1,500 for the programming.

With the digital sign proposal scrapped, Welch asked the board to consider using proceeds from the sale of ‘Big Yellow House’ for the playground — and possibly a new basketball court, too. .

Welch said: “As you can see our playground is almost done. They worked diligently to try to do it all. We had a rubber surface panel (installed last week) which is beautiful. They’re going to pour the paddling pool this week – and we’re basically running out of money.

The original cost of the playground was over $750,000, but clerk Shannon Fundis said the cost of products and services has increased significantly since the coronavirus pandemic began in March 2020.

The Village of Lewiston has been raising funds for the project since its first proposal in 2018. In addition to public support, the Town of Lewiston helped secure a $200,000 grant from the Niagara River Greenway Commission.

“I would like to ask the council if we can use funds from the sale of the Ridge Street house to pay for some of the playground bills that are coming in,” Welch said.

She further stated, “I’m sure you’ve all seen this…there’s an estimate of $75,000 to redo the basketball courts, which are in really, really bad shape. We have a million dollar playground and the old basketball courts in front. Everything is broken, and in pieces, and actually dangerous. I wish I could spend the money to rehabilitate the basketball courts because they are used every day.

Welch added: “We also had an estimate for a fence around the playground.” This would replace the existing chain link construction fence. “It’s still $60,000.”

Deputy Mayor Vic Eydt said, “We’ll have to think about it.”

Administrator Dan Gibson asked, “How much money are we talking about?”

Treasurer Stephanie Longwell said she expects additional bills this week, so she can provide exact numbers at next Monday’s year-end meeting.

“They’re trying to finish the playground by the end of this month – that’s why I’m asking,” Welch said.

McDermott said, “Just some perspective on that too, I was looking at our records. The last time this basketball court was paved was in 2001. That represents 21 years of use; 21 winters. The last time it was resurfaced was in 2011. The resurfacing is just this red patch peeling off. He lived his life cycle, that’s for sure.

He said a fence to separate the playground, the basketball courts and the parking lot would be “ideal – just for security reasons”.

The village lawyer, Joseph Leone, said: “It also becomes a question of responsibility.”

Condé said: “We cannot stop; it has to be done”; but he and Gibson again asked for a cost estimate.

Eydt said, “I have no problem withdrawing money from the house; I just don’t want an open thing. At least have an idea of ​​what we are looking to spend and where we are. 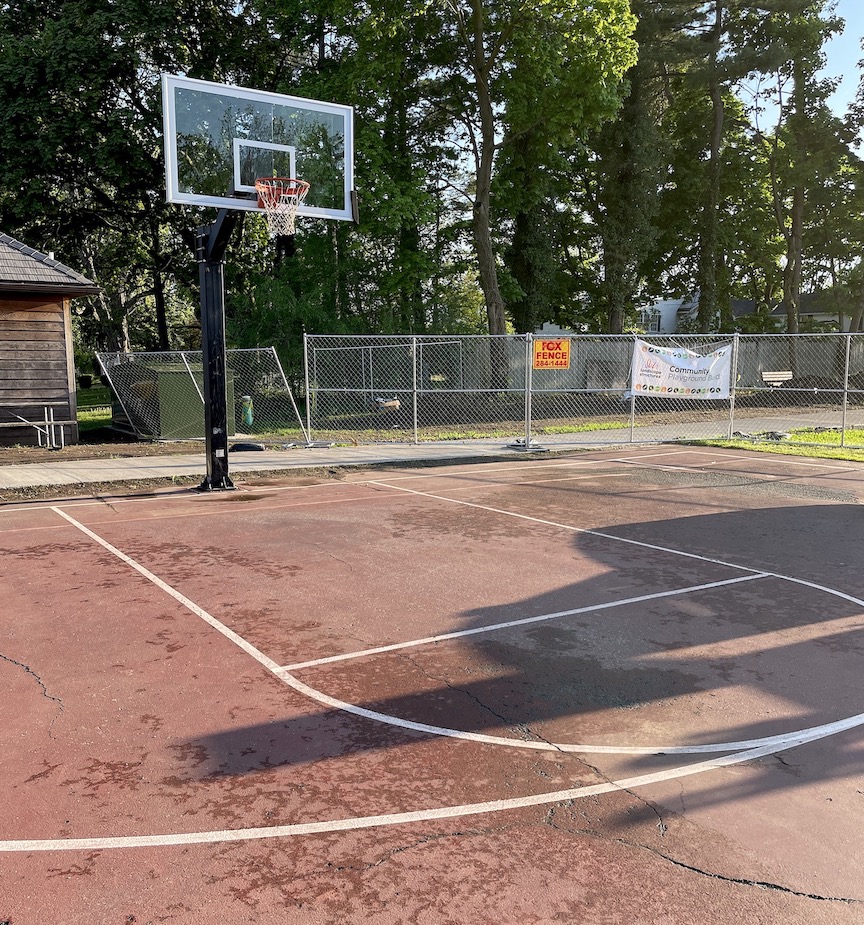 Mayor Anne Welch said it was time to consider replacing the basketball court outside the Red Brick Municipal Building.

Also at Monday’s Village Board meeting:

• Trustees approved a petition made by Community Missions and Heart, Love & Soul asking for monetary and food donations at Artpark concert nights throughout June, July and August. Collections will be accepted at the corner of South Fourth and Tuscarora streets, with volunteers posted on the sidewalks leading to the state park.

Administrator Claudia Marasco, who has volunteered and advocated for the agencies, said: “They’ve been going since 2009, with a two-year hiatus due to COVID; so they’re happy to be back there. I’m sure the audience will love to see them back there.

√ Plans submitted by Tin Pan Alley for the construction of an outdoor bar and a covered terrace; and designs by The Rose Hanger to build an updated outdoor staircase.

√ A request for a facilities contract to host the eighth annual Mighty Fitz 5K on Saturday November 5th.