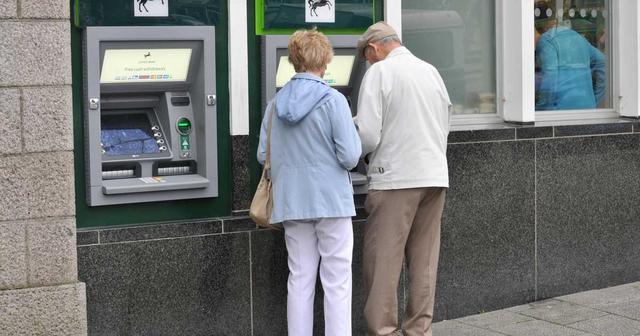 The web has been flooded with retirement savings calculators that have two common characteristics:

Made by people who want to sell you a product they are looking for a lot.

As a result, unfortunately, you often end up with a very rich pensioner, even after a small monthly payment.

One specific example that August sent over and asked how realistic the result was:

Since this is not a bean game at all, let’s look at this result.

How long will you live after you are 65?

It does not matter how many years you have to distribute the money you have accumulated until you are 65 years old.

I’ve written about how much it affects how many years you still live after you reach 65 years. In short, the average man still lives today at 14.4 years, the woman at 18.5 years, and this increases every year by 0.1-0.15. That is, after 22-25 years, add an additional 3 years at least than the expected average life expectancy.

That’s the average. If you are a graduate, non-smoking, married in the county seat, then feel free to add another 10 years.

You get your own average. The average from the fact that someone lives for significantly less time, to someone who lives much longer. Are you ready to be the one who will live much longer?

Rest assured: Forget about calculating the 10-12 years remaining life of calculators, no gratitude to reality.

Not only are most calculators expecting yields that are too optimistic, they also tend to overlook the cost of the products.

And here I wrote about why you should not fall for a retirement tax relief. In short, because at an annual cost of more than 2.3% a year, even state aid cannot compensate for the costs.

Inflation, it is almost always forgotten

How realistic is the 8% annual return?

However, more and more people are revisiting the reality of this eternal wisdom, as for almost 8 years the base rate has been virtually zero in most developed countries. As early as 2008-2009, everyone was expecting zero interest rates to end soon.

If zero percent interest has lasted for eight years, no one dares to claim that negative interest is behind us any time soon.

Therefore, it is bold enough now to expect 8% as an average annual yield, when bonds are now only 1-2% instead of the late 6%.

How do you count then?

Always count on returns above inflation. Calculating a yield above 3% is already a bolder but not unrealistic expectation.

(Don’t forget to deduct the cost of the investment product!)

Of course, the monthly amount should also be adjusted annually for inflation.

If you are now 43 years old and you spend $ 50,000 a month, which you increase with inflation every year, by the age of 65 you will have $ 20.99 million today if the yield is above 3%. (Attention! Costs have been set to zero! If 4% of your product costs annually, expect eight million less after 22 years.)