Seeking to grow a business at pace while improving existing operations is no small feat, but that’s exactly what Milestone Infrastructure has done. The motorway entrepreneur has increased its operational footprint in recent years and is always looking to expand its operations across the UK whilst producing the safest and greenest motorways in the country. To do this, the company has implemented a targeted and dedicated innovation program – aimed at maximizing productivity, improving processes and amplifying its operations. As such, the company researched which tools could best support its drive for innovation, and that’s where Procore came in. 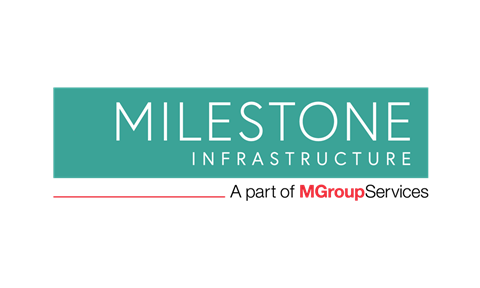 “The faster our innovations are considered non-innovative, that’s my marker of success. Indeed, if everyone keeps seeing something innovative, it means no one is really doing it,” says Alex Winchester, director of strategic improvement at Milestone Infrastructure.

And that seems to be key to the philosophy of Winchester-based Milestone, which has an outstanding reputation built on the design, construction and maintenance of critical UK road infrastructure.

The company, which handles 24,000 miles of roads, 280,000 lighting installations and 20,000 miles of pavements, is committed to ensuring that all work is carried out in the safest and most efficient manner. as sustainable as possible and with minimal impact on local communities.

To do this, the business, which became part of M Group Services, through the £50 million acquisition of Skanska UK’s motorway maintenance and street lighting business in May 2021, is committed to a well-thought-out program of innovation, both leveraging and exploiting the big data that is naturally accumulated in the type of work that Milestone does.

The company is working to implement best practice across its multi-site workforce and to decarbonise its work in the UK’s second largest emitting sector. And it did all of this through its partnership with Procore.

From an innovation perspective, Milestone has developed a robust process for deciding which changes to pursue. “We currently maintain a standard central repository called Innovations Hub,” says Steven Frost, digital solutions and innovations manager at Milestone.

“I guess it’s not just a deposit. This is our method for capturing innovations from all different projects and no matter what discipline or area you are considering, be it highways, street lighting or projects. Frost says the hub is about bringing these ideas, innovations and improvements together, from both a Milestone and customer perspective, to make sure they’re all accessible collaboratively, because the company’s philosophy is that it is “the only way to advance innovations”.

In fact, it was through the Innovation Hub that the company adopted Procore enterprise-wide. “It was an idea that came up 18 months ago,” says Frost. “We went through a number of stages, checking the meaning, making sure the scope is correct, liaising with the admins and the management team, just to make sure it’s correct,” he adds. “Then doing field trials with a number of different systems, going through this normal, logical process and reducing them one by one.” 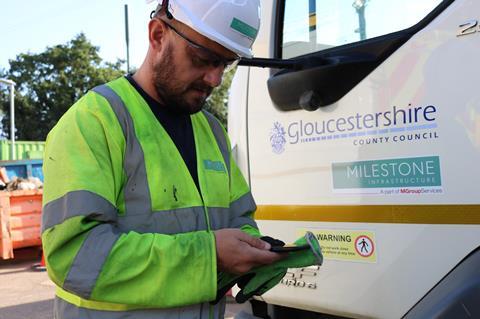 “Road maintenance lends itself to being data driven. It’s mainly because we’re dealing with larger assets, and those assets are points, lines, and points on maps or in asset databases,” Frost describes when explaining the importance of reporting. , to maintain and maximize the data that the company accumulates through its projects. .

In this regard, Frost says Procore’s documentary features have been absolutely vital. “Ensuring that on-site teams have access to the right data at the right time is absolutely vital for our projects, the project teams and to get them working properly,” he says.

“Giving them access to data in a way that can be controlled has also been key. Since we have many different stakeholders working on a project at any given time, not all of these people and teams need access to all of the information. So being able to set permissions at different levels and allowing that access at multiple levels was great. »

Winchester adds that the added benefit is that it helps the business go paperless – which he says is essential if the true power of data is to be harnessed. “It doesn’t matter how much we process the data; if people still rely on scraps of paper, all that information will be wasted.

“Our first goal with data is to show people that access via phone, tablet or laptop gives them greater control and understanding than traditional dirty scraps of paper and notebooks,” he says. “And that’s why tools like Procore have been so important to this process.” 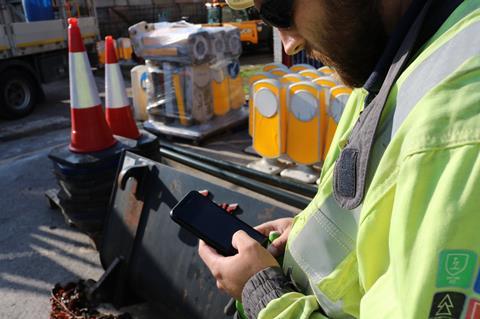 The motorway sector is the second biggest carbon emitter in the UK, which makes Milestone’s commitment to sustainability important. Not only has the company already committed to running its entire fleet on hydrotreated vegetable oil, but it also recycles and reuses materials from its projects.

Winchester says: “We work with Hampshire County Council and another supplier, OCL, where we have a recycling plant in Hampshire. One of the biggest problems with highways is that not only do you have large fleets of vehicles, but you’re constantly mining new virgin material, reinvesting it in the road, and dumping polluted material. He says the company is now cleaning that up and using “existing highways as a quarry”.

“We’re relaying the material that we’ve already pulled from the roads and we hope to augment that and expand it significantly,” he says.

In fact, despite the company’s expansion, its carbon footprint has actually decreased year on year for the past four years. Here, Frost stresses the importance of getting it right the first time to ensure less rework and landfill waste and less carbon emissions, saying that’s where Procore plays a part. He says Procore provides visibility and oversight, flagging potential issues at an earlier stage and helping to get it right the first time.

Given the nature of the work Milestone does—maintaining, designing and improving highways—its workforce is inherently diverse. As a single project’s staff is based across a multitude of sites, it is imperative that everyone is on the same page.

According to Frost, the Procore task tool has played a key role in streamlining multi-site workflows: “It has been massively adopted. Inside Procore you generate a task, and it’s just a case of “I’d like you to do X on this date”, then you assign it to someone – and it’s amazing to see how that helped run things. It makes things easier to follow, and people really appreciate it. It also means we can then start tracking and interacting with our supply chain, which we couldn’t do before, and we have something we can track.

This is also where Procore’s project management offering comes to the fore, says Winchester, adding that there are three specific tools that are absolutely essential. “It’s inspections, observations and forms,” ​​he says. “Basically, they’re all removing the need to do those forms, processes, and inspections on paper, and just having them done digitally.” He says these features not only allow for gathering and comparing data across multiple sites of the same job, but also for comparing multiple projects. This, in turn, allows teams to detect health and safety, quality or compliance issues much earlier, and address them before they have time to significantly disrupt work.

Winchester says the key to implementing all of this has been simplicity: “What’s been key is that they’re easily adopted, and people are happy about that. That’s the great thing about it.

Having the tools to support your business ambitions is critical, says Frost. And that’s what the company discovered by partnering with Procore. Not only was the Procore implementation itself an example of innovation within the infrastructure company, but it also allowed Milestone to improve its workflows while tackling key challenges. Whether supporting the company’s net zero ambitions, harnessing the power of the data it has access to, or ensuring processes are consistent across all jobs, the partnership enables Milestone to pursue growth while strengthening its existing business.