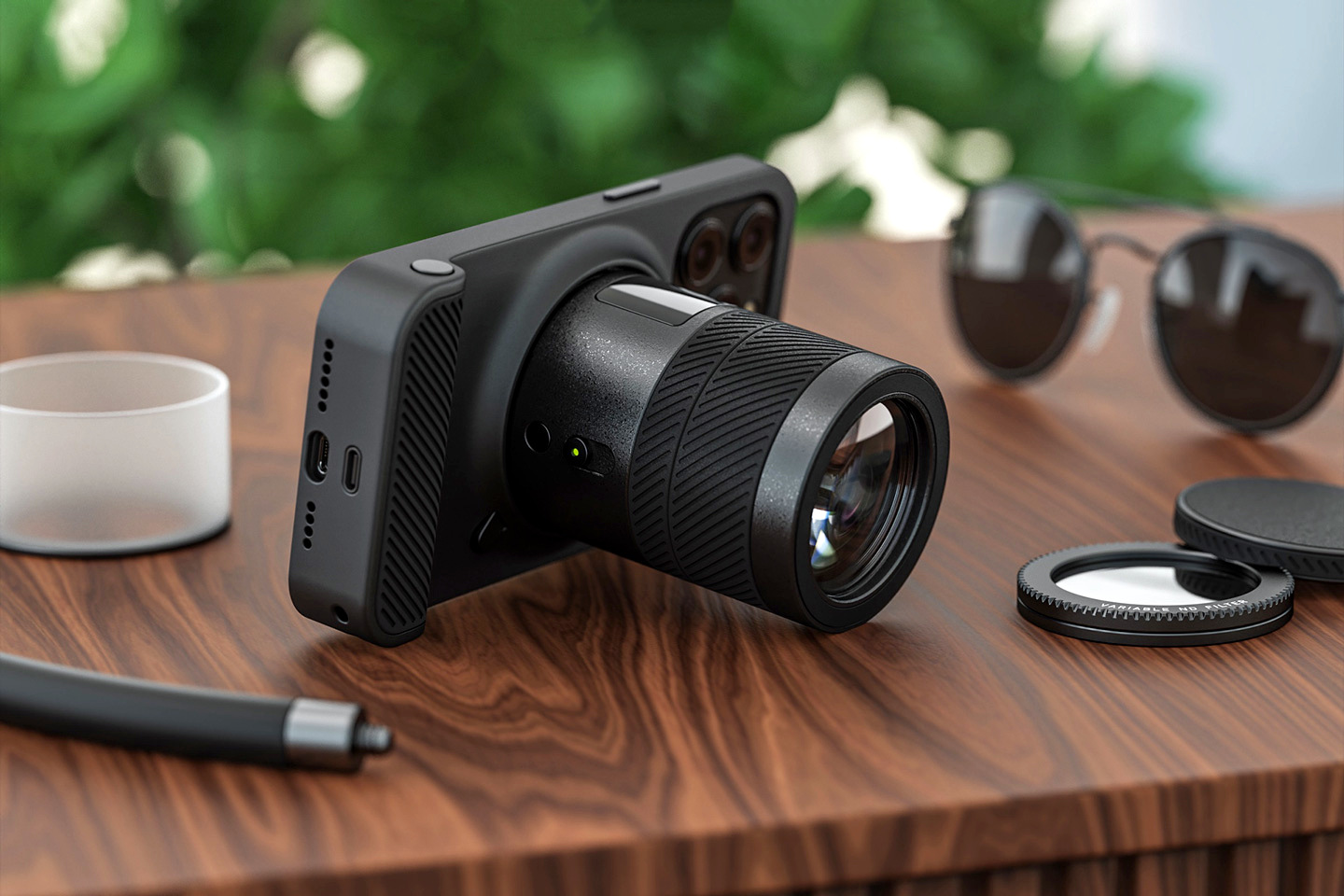 Probably the most amazing take on the iPhone’s MagSafe feature.

Here is a thought. Adding a series of magnets to the back of the iPhone just so you can attach a card holder seems like a huge waste of potential, doesn’t it? You can connect as many accessories via the MagSafe feature (and even allow the iPhone to detect and pair to it via NFC/Bluetooth), an external hard drive, a better speaker or potentially even a camera lens. bigger and more professional camera. Meet SCIO, a MagSafe camera lens from the mind of Vladimir Iron. Sure, your iPhone’s cameras may already be the best around, but when has that ever stopped Apple from pushing the envelope? Taking inspiration from Sony’s QX10 and QX100 modular camera lenses, SCIO is a mirrorless lens that simply attaches to your iPhone via MagSafe. Snap it on and your smartphone is now a professional shooter capable of shooting much more realistic portraits and telephoto images. Combine that with Apple’s own computational photography chops and the SCIO easily turns the iPhone into the best camera a consumer can own, without breaking the bank. 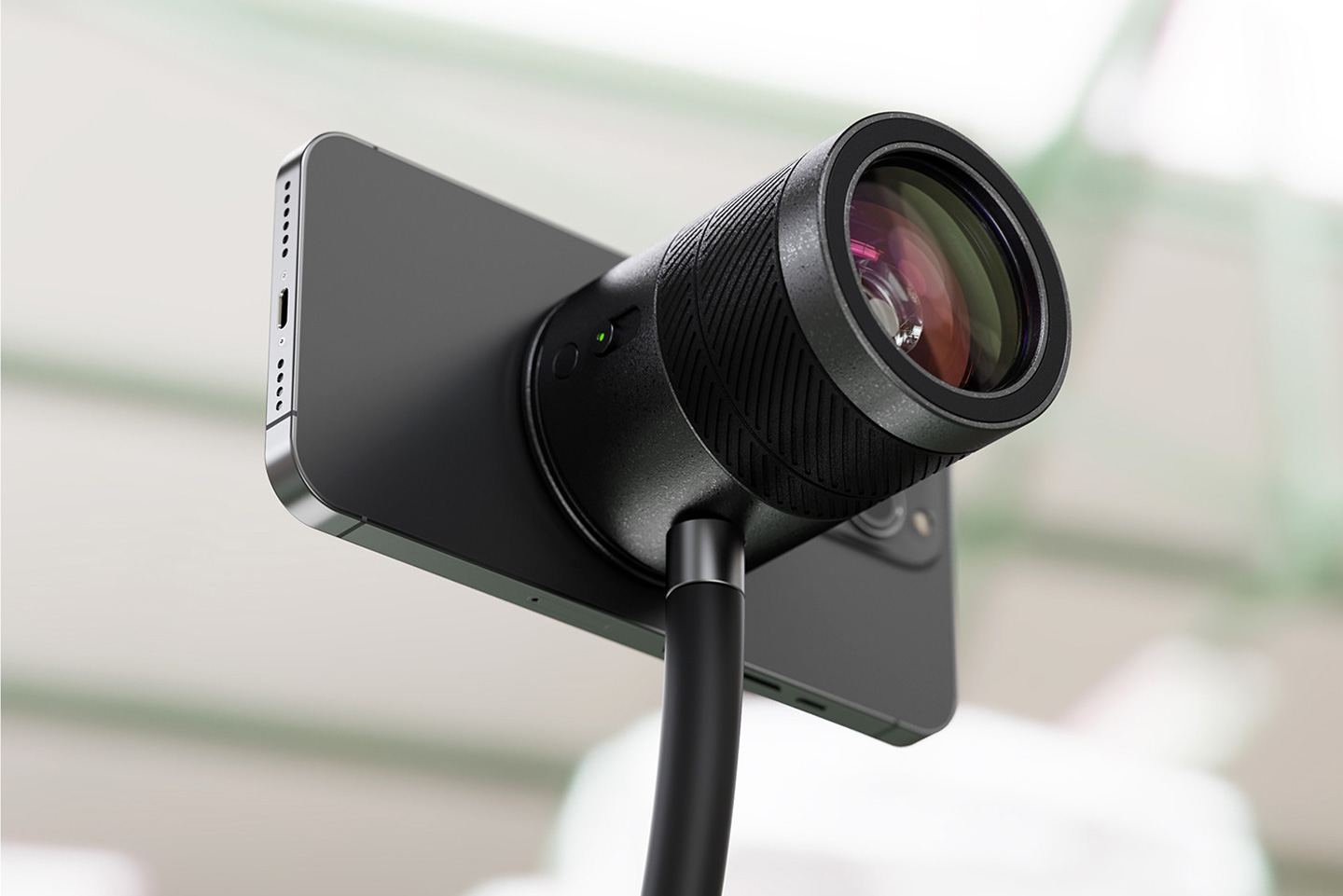 With a much larger lens and sensor, SCIO’s imaging system is able to capture significantly more light than the iPhone 13’s multiple lenses. higher resolution low light and much sharper bokeh. The SCIO camera lens uses your iPhone screen as a viewfinder and can potentially draw power from the iPhone battery via reverse charging, so you don’t need to separately charge the lens of the camera. It also means being able to manually adjust your camera settings, such as focus, aperture, ISO, and shutter speed, which isn’t really that easy with the native app. iPhone camera. This truly brings traditional mirrorless/DSLR photography to the iPhone, allowing professionals to get the most out of their smartphone camera. Additionally, while the SCIO captures images, the iPhone’s own camera lenses can record other details such as depth, HDR information and finer details to help enrich the final photo. The lens even has a tripod mount, bringing traditional and computer-based camera experiences even closer! 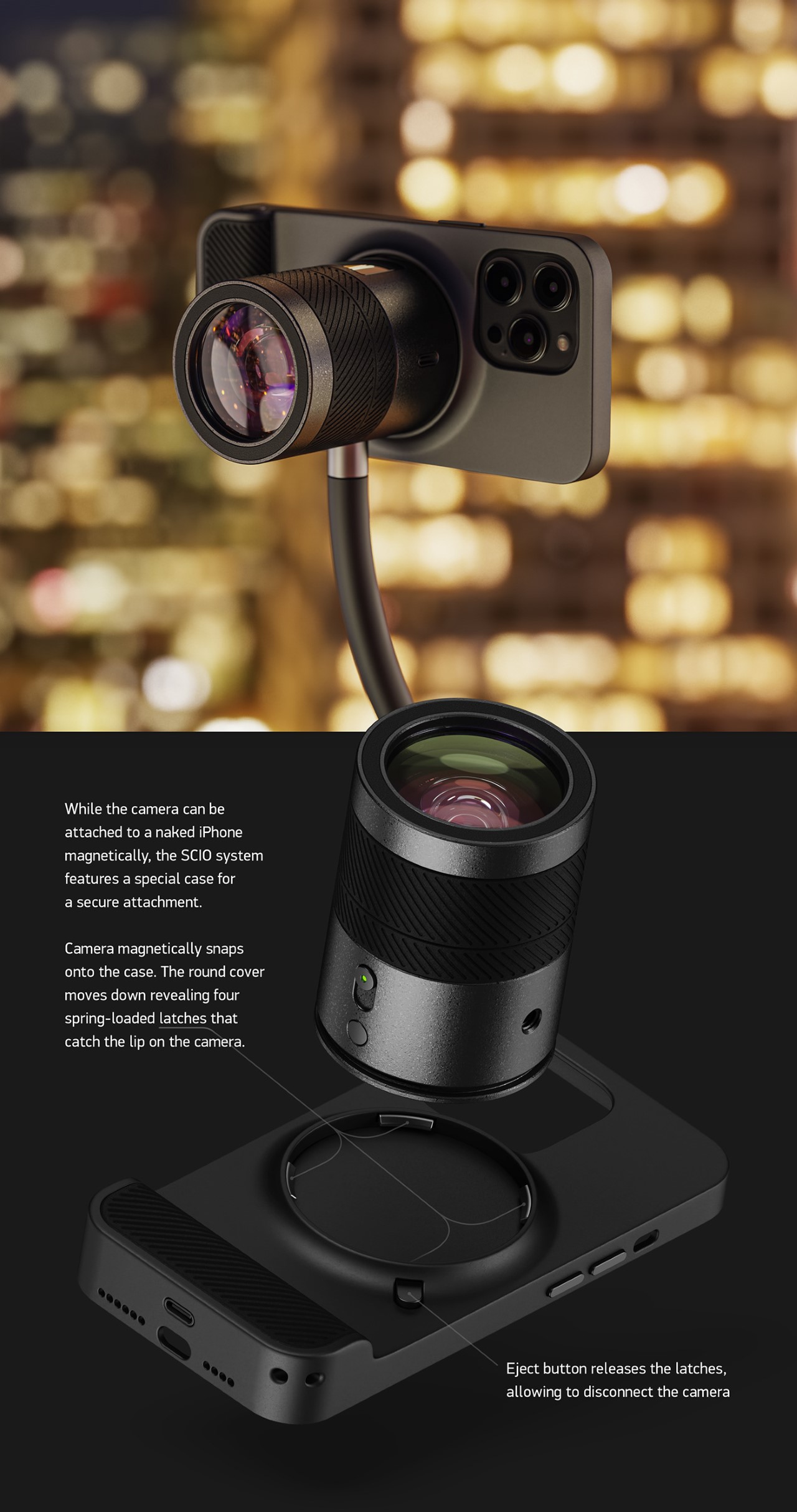 Although the SCIO lens can be attached directly to the back of the iPhone, it is best paired with a companion case that has a better grip and a physical shutter release. The lens itself has a few details that enhance your photography experience, from a small screen that shows your camera’s active settings to a control ring to control focus or zoom. In a spirit of modularity, the SCIO also makes it possible to fix hoods and filters thanks to a magnetic system on the front. The same magnet system lets you attach a lens cap when you’re not actively using the lens. 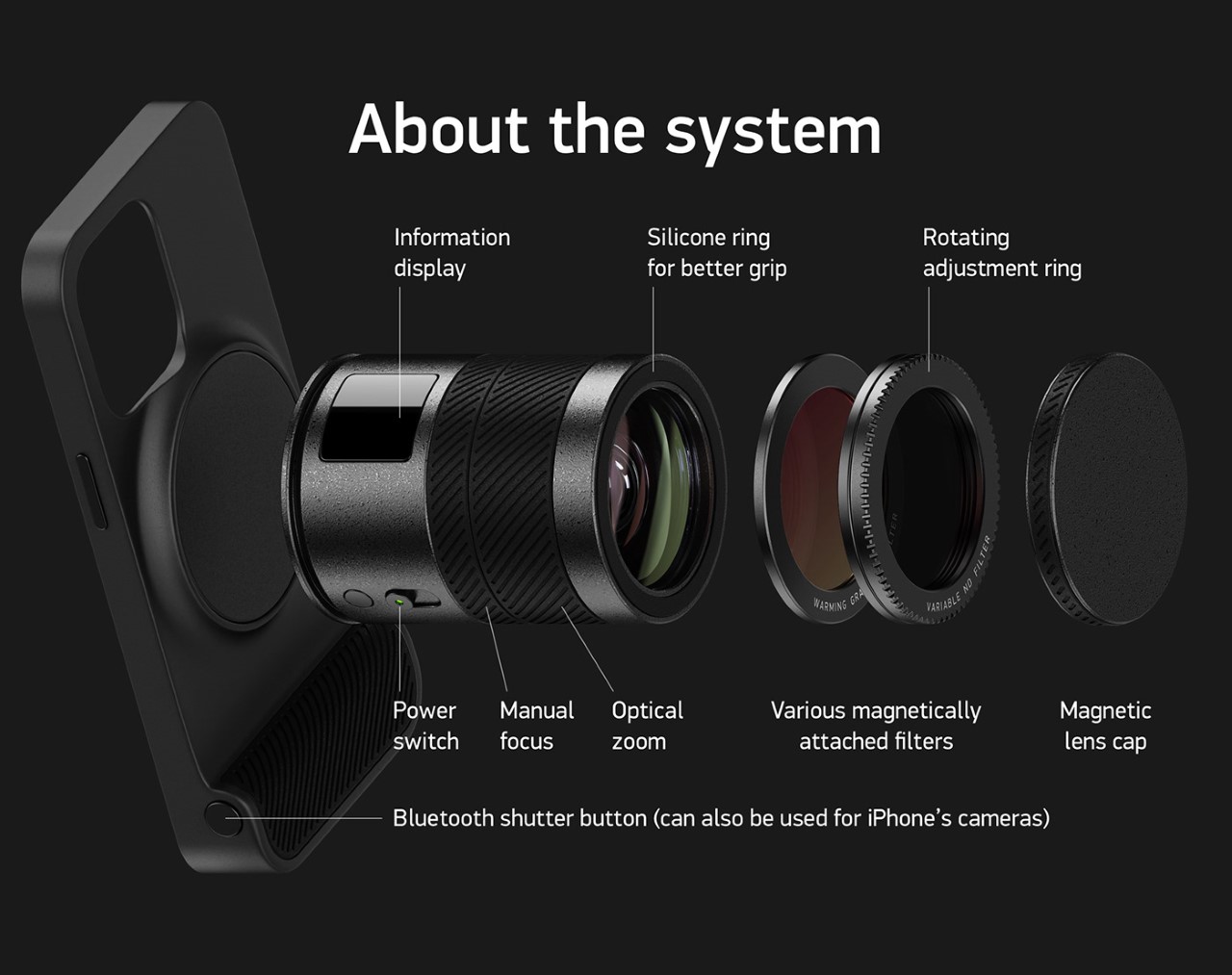 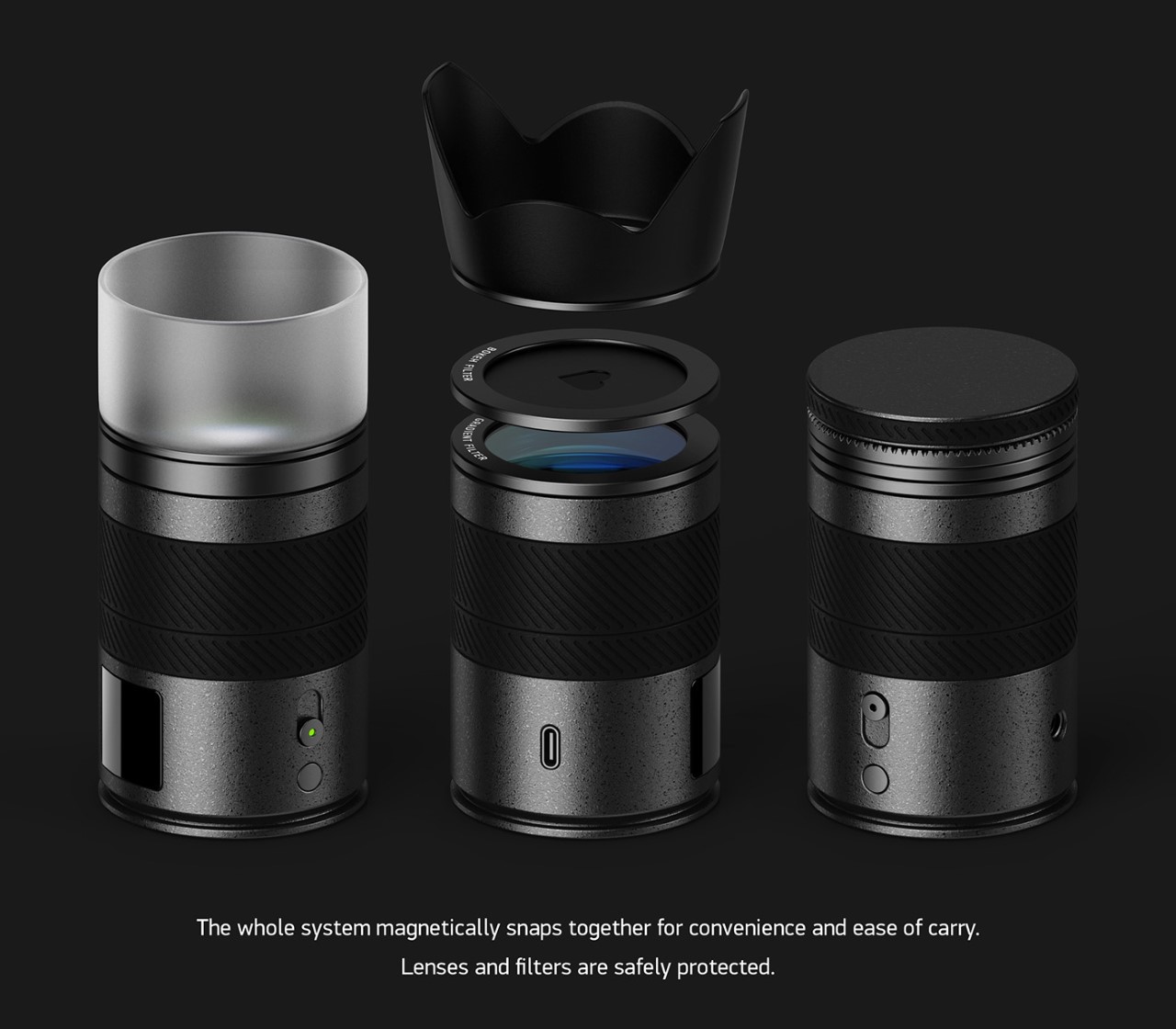 What SCIO does, in addition to bridging the gap between mirrorless photography and smartphone photography, brings a new dimension to MagSafe’s capabilities. Sure, you can strap a card case or charger to the back of your iPhone, but that’s like using a desktop computer with a high-end GPU to play Solitaire.

While it seems unlikely that Apple would make such a concept, the beauty of the idea behind the SCIO is that Apple doesn’t have to do anything. Third-party companies like Moment or Zeiss (or even Leica, given how interdependent the two companies are) could develop their own hardware and simply build an app that pairs with the lens module via Bluetooth to stream video directly to the lens. ‘iPhone. It’s a camera revolution just waiting to happen! 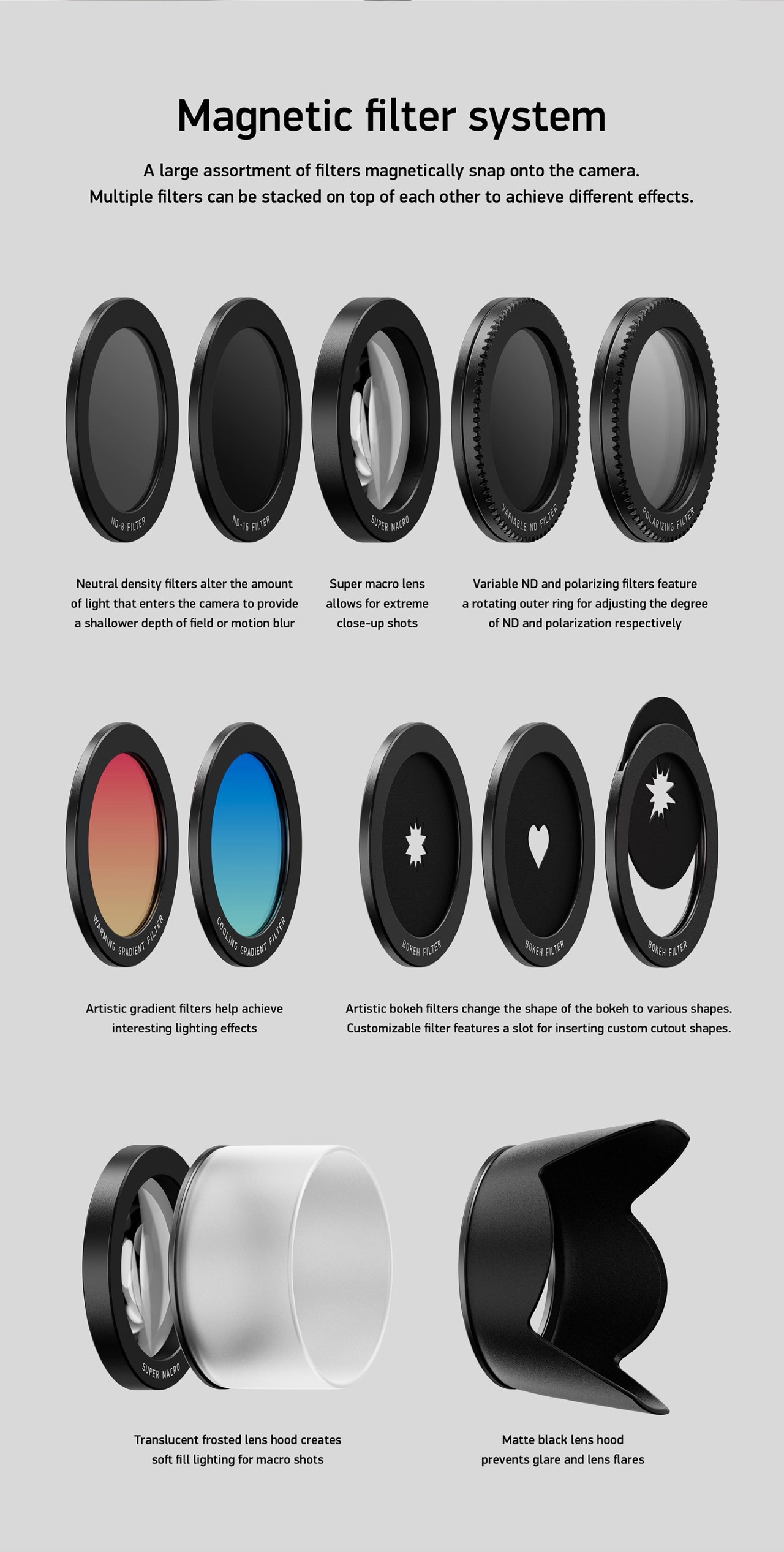