After showing us a blurry image of the exterior and a sketch of the interior layout, Skoda released an official sketch showing the dashboard of the upcoming Vision 7S concept. The all-electric SUV is set to preview Skoda’s new “Modern Solid” design language, which is expected to be adopted by all its future production models.

Although a value-driven brand, Skoda is known for offering some of the best interiors in the VW Group, both in terms of design, functionality and perceived quality for the price. The next step in the strategy is shown in the sketch, with a more modern yet minimalist setup. The new dashboard design is symmetrical, with wrap-around styling emphasizing the interior width.

The highlight is the new stand-alone infotainment touchscreen in portrait orientation. The company hasn’t revealed the screen size, but it looks bigger than anything we’ve seen from Skoda. Fortunately, the designers kept the climate controls in a separate section of the center stack, with actual buttons instead of often frustrating touch surfaces to use. Below the climate controls are two large knobs and another rotary control. Skoda also talks about “special storage compartments where passengers can dock their smartphones”.

The steering wheel has flattened upper and lower sections and four spokes. One of them looks like a touchpad, while the rotary dials on both sides could allow the driver to use the infotainment without taking their hands off the wheel. A rather small digital instrument cluster can also be seen. The all-electric concept will be a seven-seater, with a three-row layout.

The Vision 7S concept will make its public debut on August 30. We wouldn’t be surprised if Skoda revealed more of its design in sketches, as the Czech automaker is known for its teaser campaigns. The Czech automaker is gearing up for many new and updated model launches, including minor facelifts for the Scala, Kamiq and Octavia, as well as the all-new generation of the Superb available as a sedan and Combi. 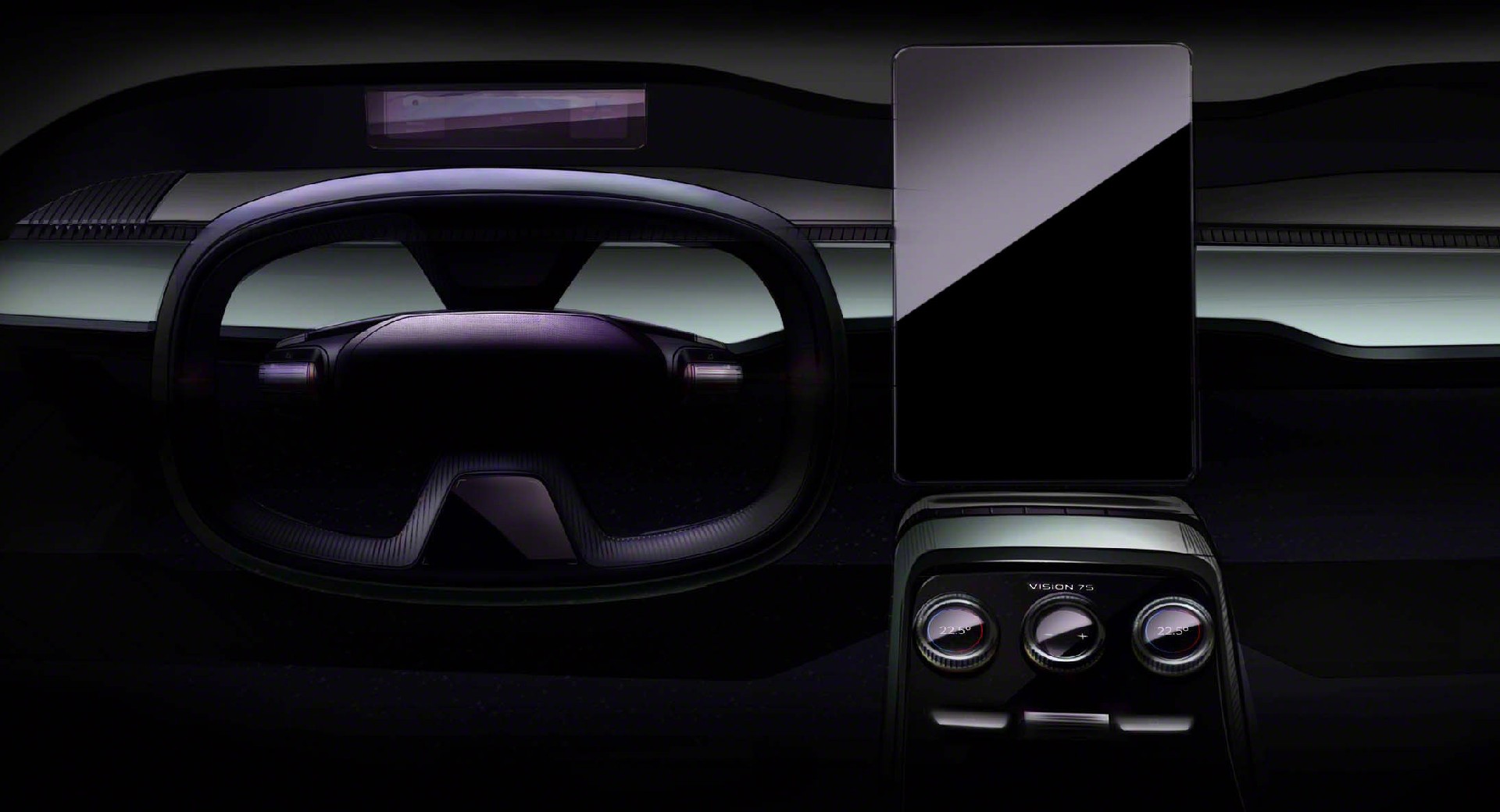